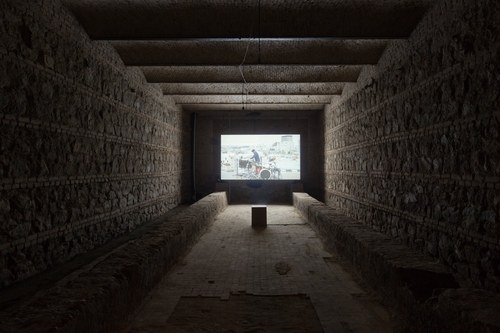 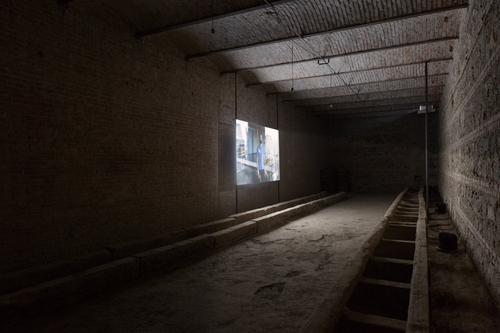 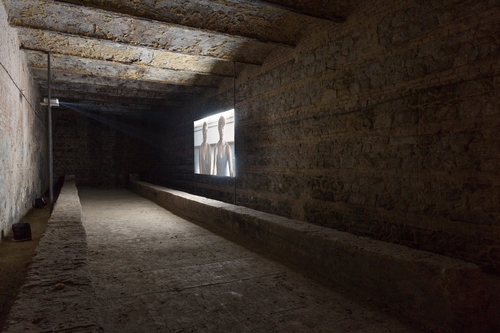 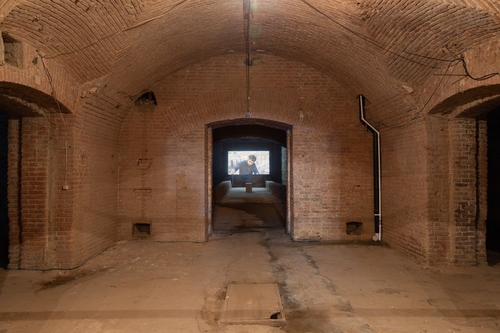 Mesiti’s installation engages with the language of Morse code as an extinct form of communication. In this case a musician-composer, a dancer and two dancers who have developed their own movement-sign-language, each interpret the final Morse code message sent by the French Navy on 31st January 1997: ‘Calling all. This is our last cry before our eternal silence’. For over a decade, Mesiti’s oeuvre has investigated non-verbal forms of communication. Inspired by this poetic Morse code signal, Mesiti translates the dots and dashes through music and performance to enable the language to ‘speak’ once more. Installed in three halls of a disused Wine Factory at the center of Tbilisi, built in 1896, in a resurgence of art and culture in post-Soviet Georgia, communication takes on an additional layer of significance of voice and agency. Angelica Mesiti’s Relay League was commissioned by Artspace Sydney with support of the Commissioning Partner the Keir Foundation and the Australia Council for the Arts.