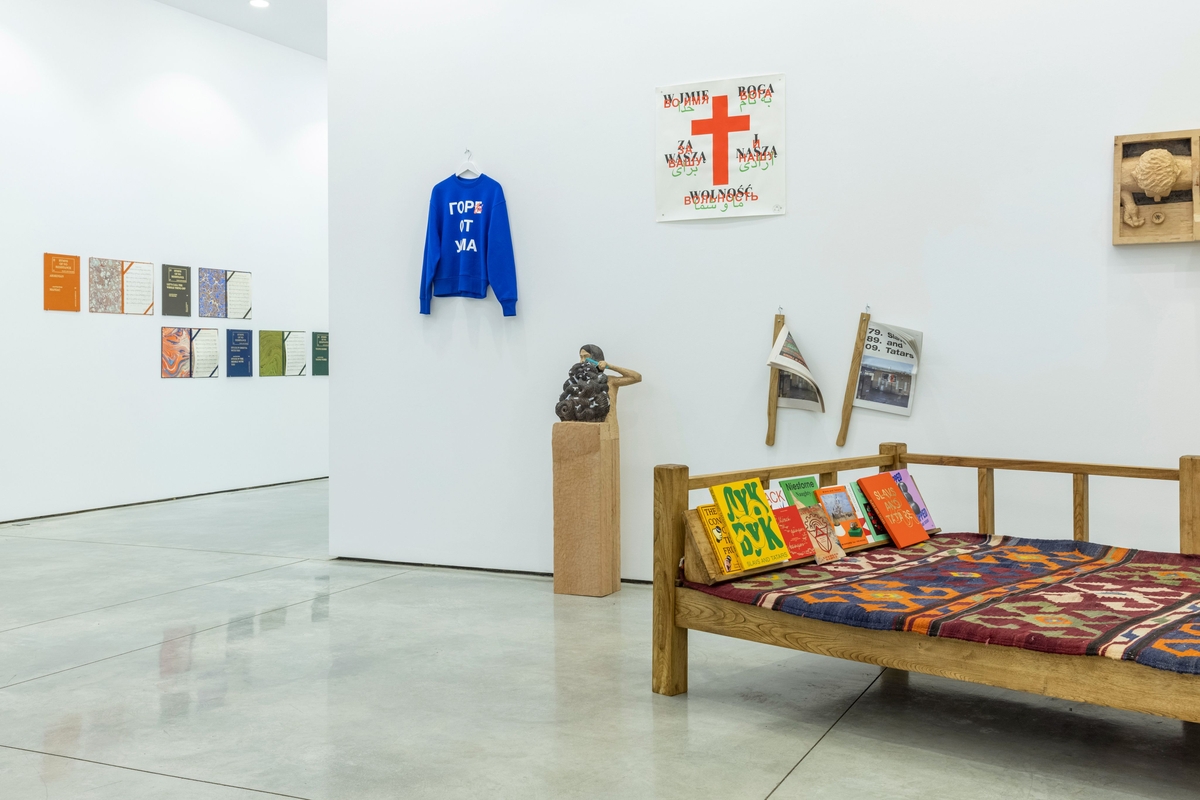 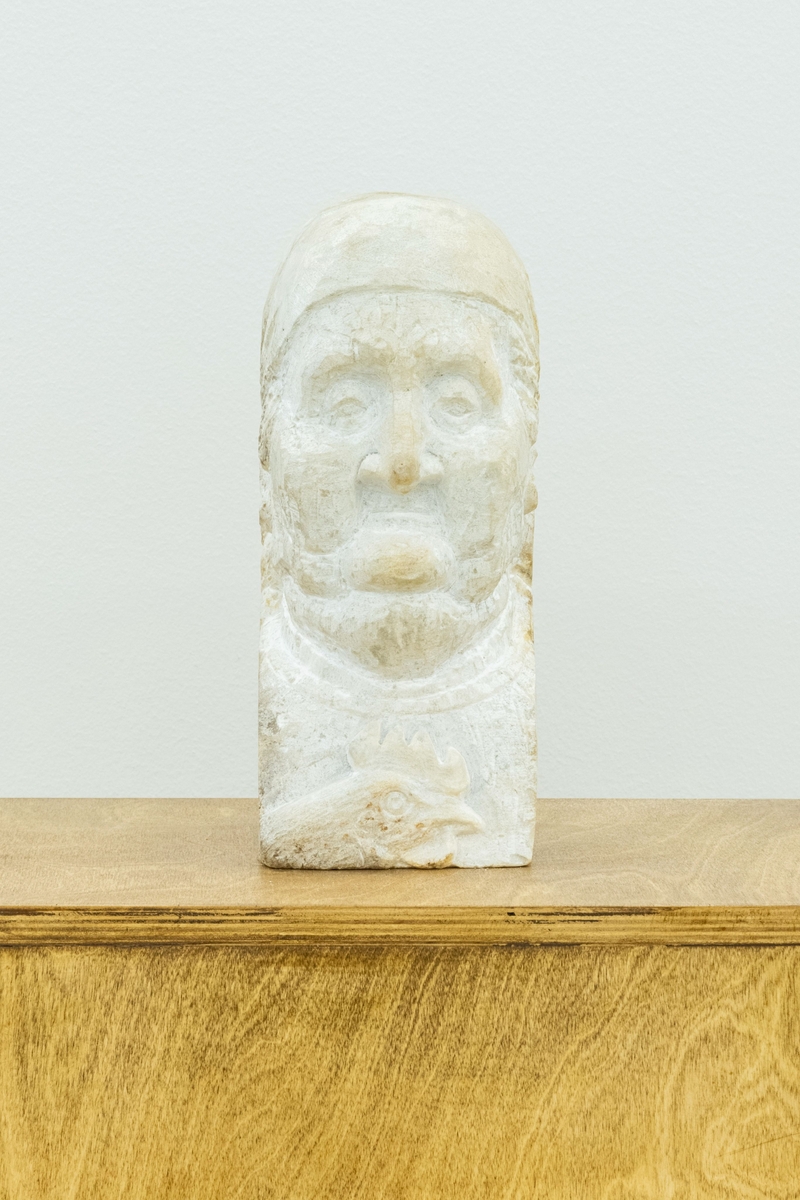 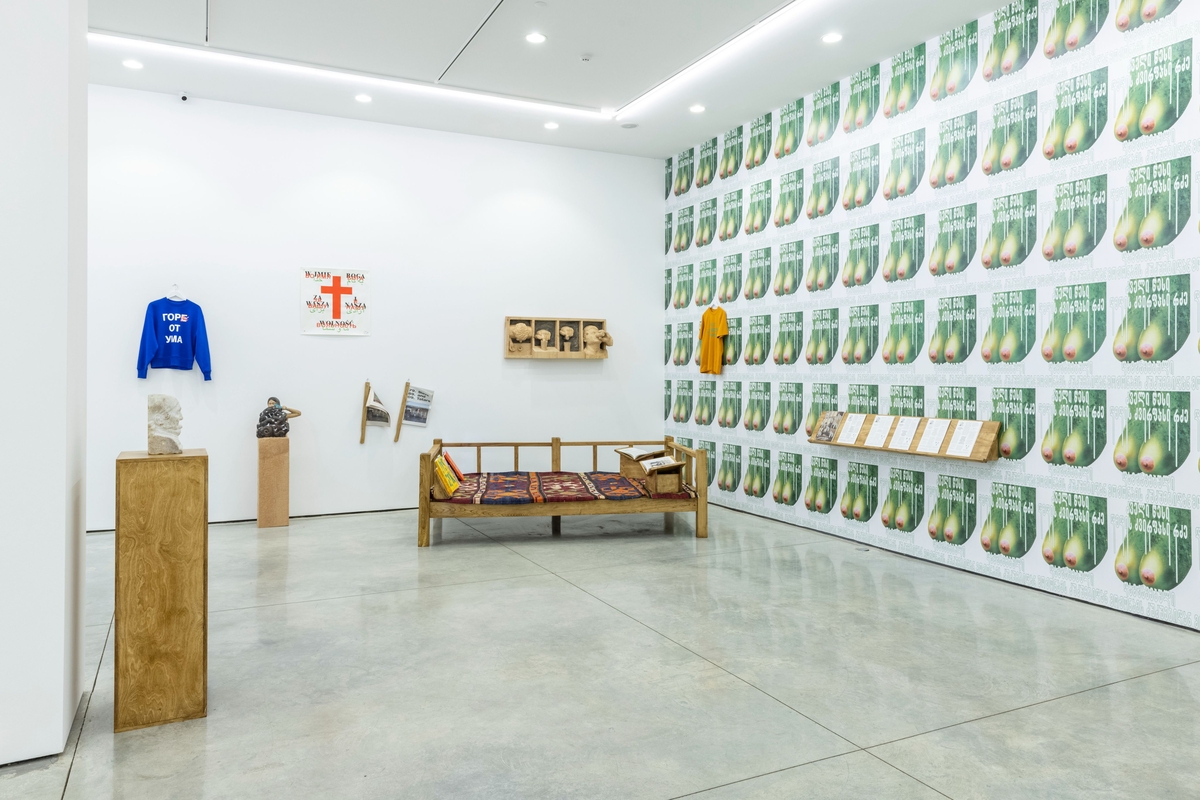 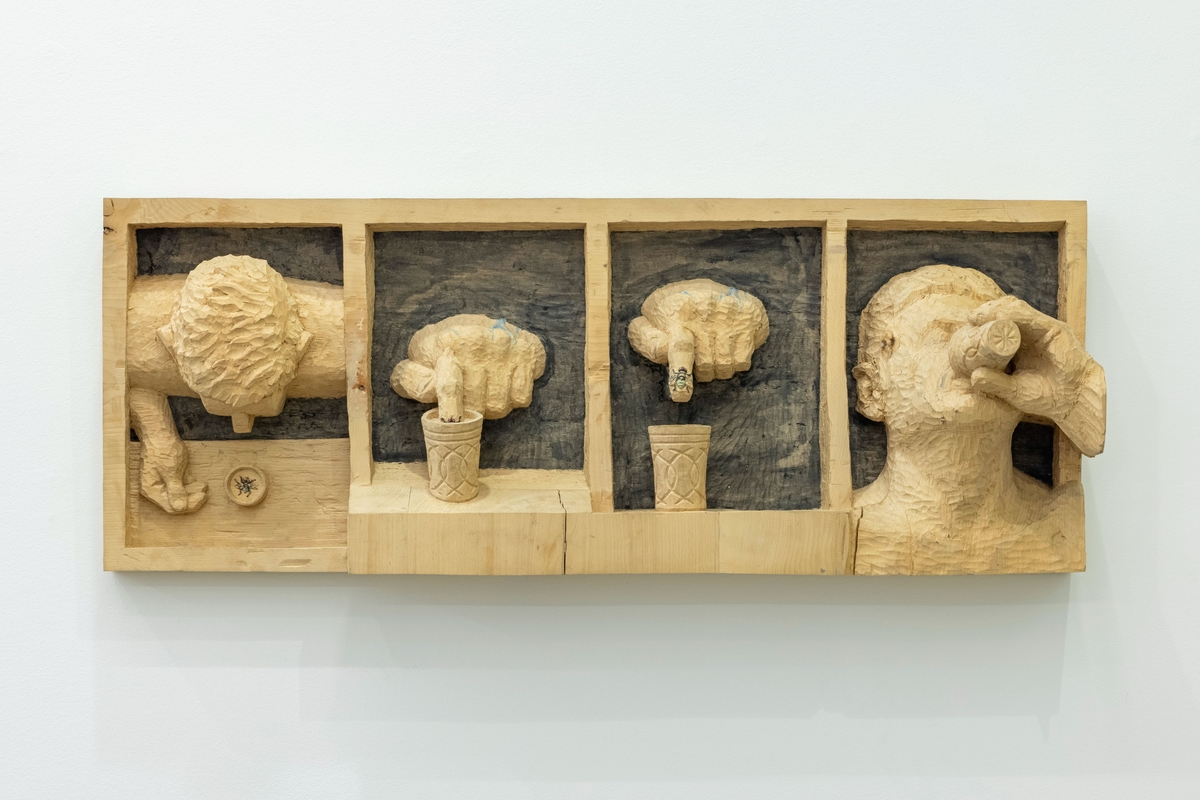 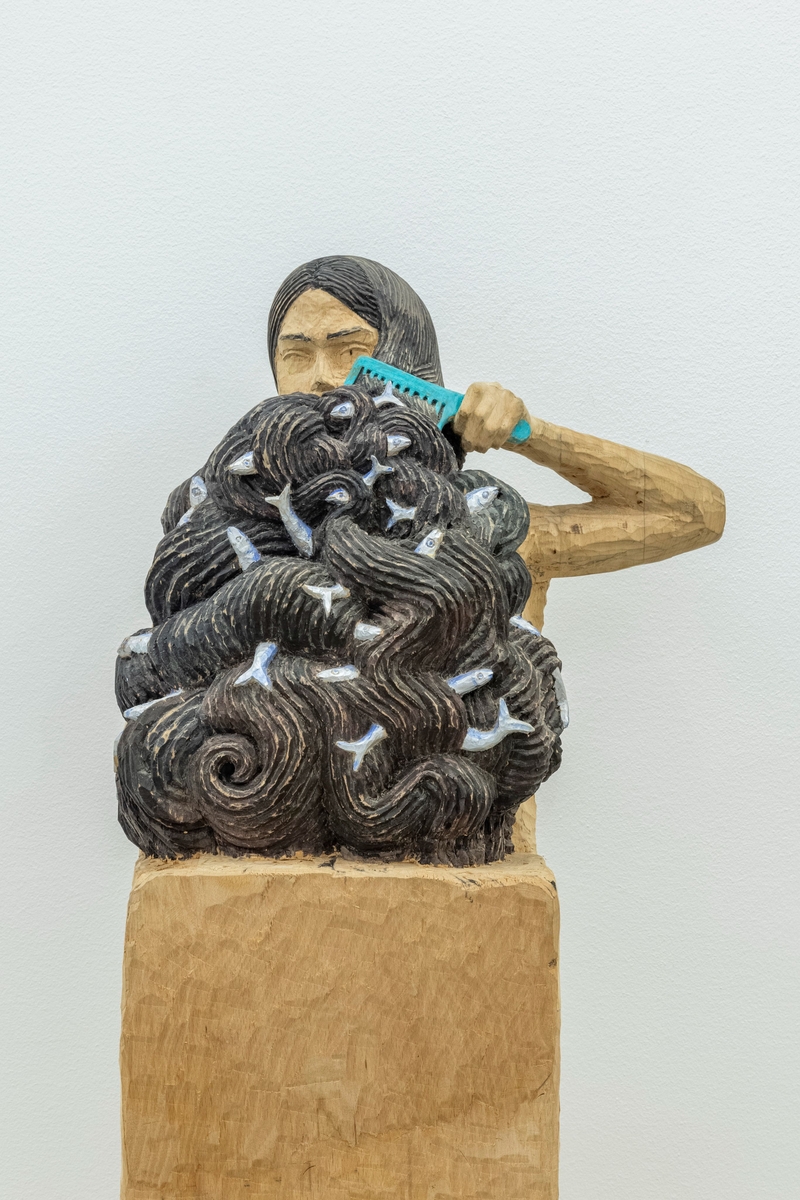 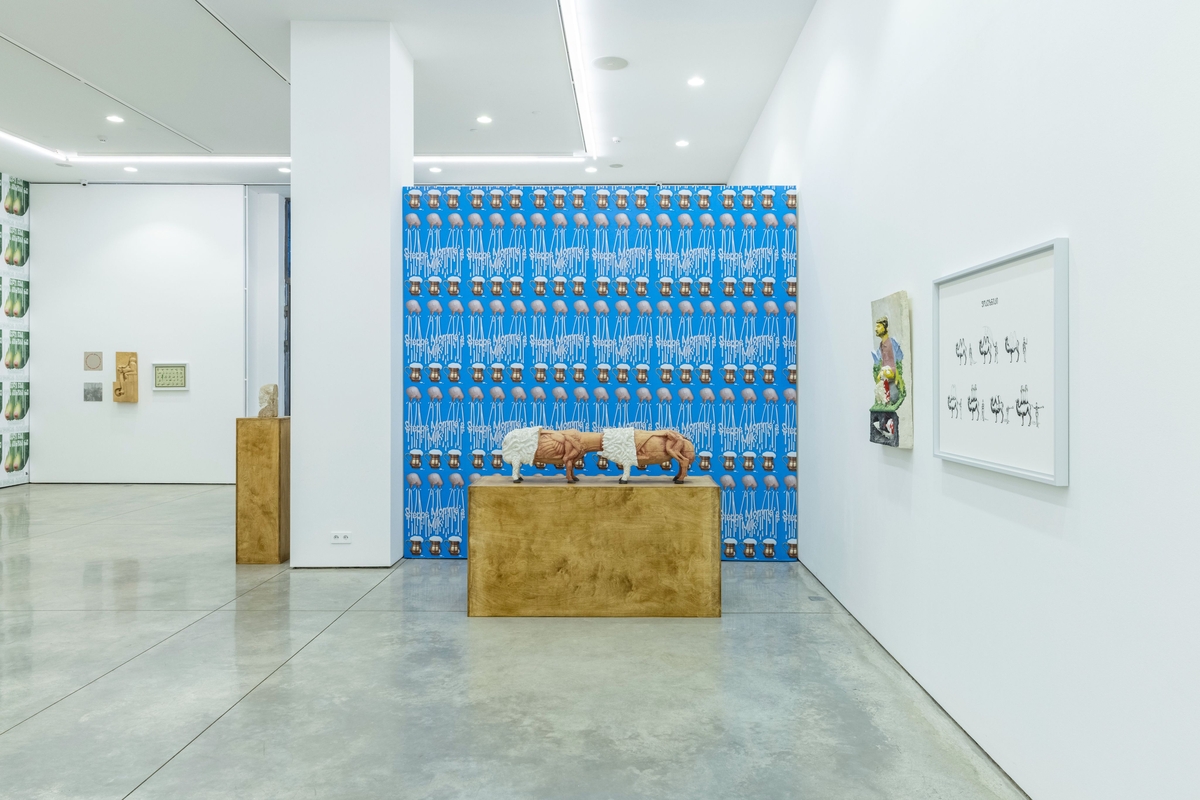 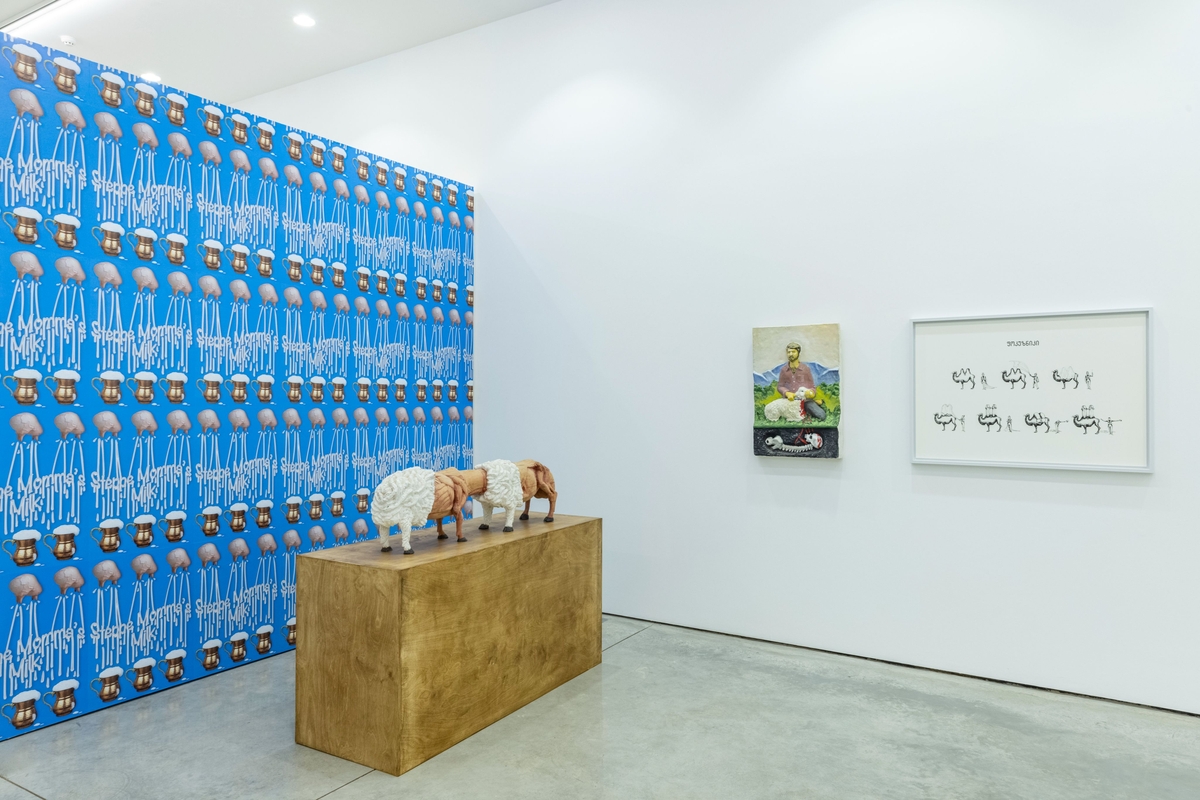 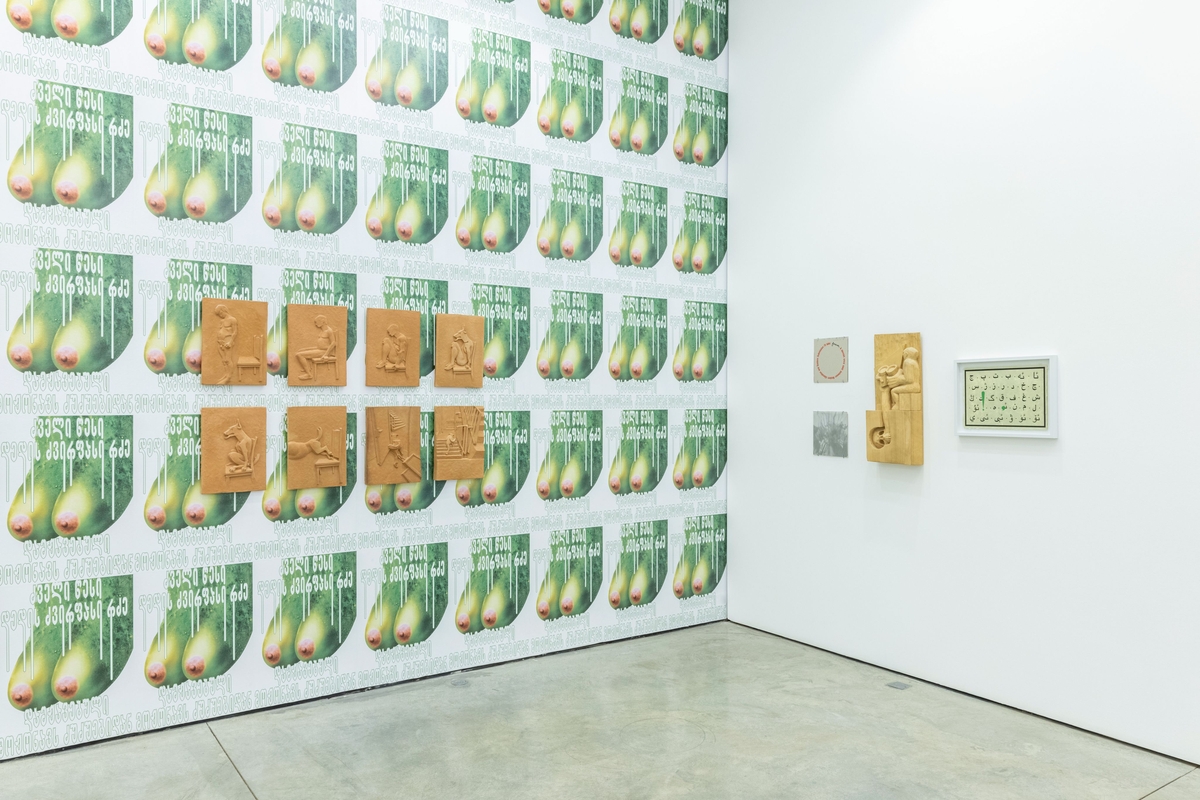 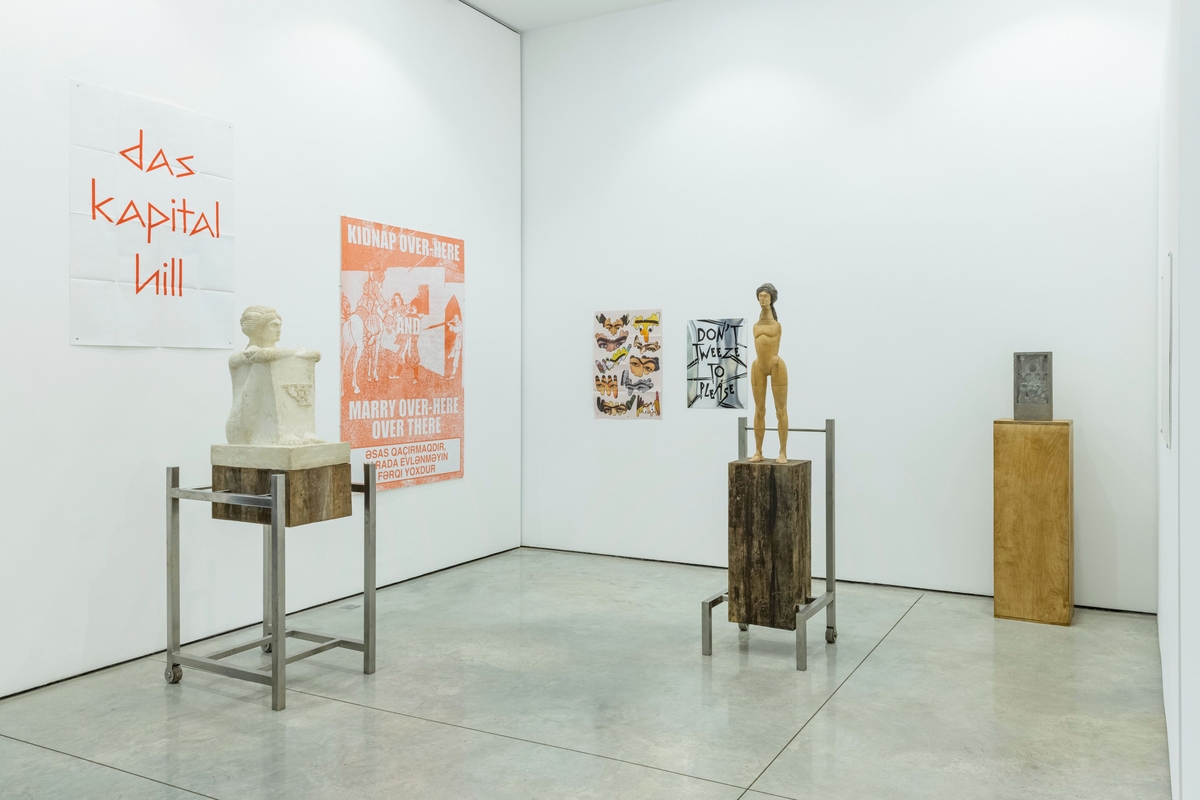 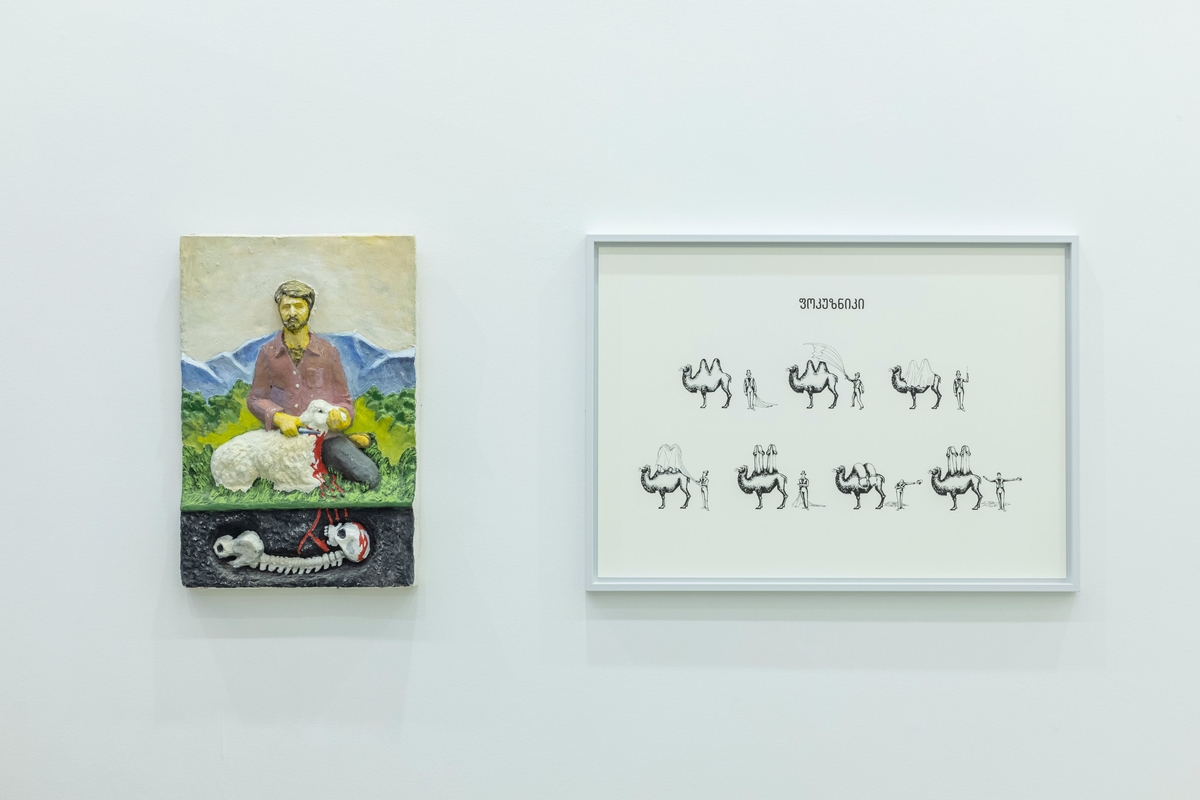 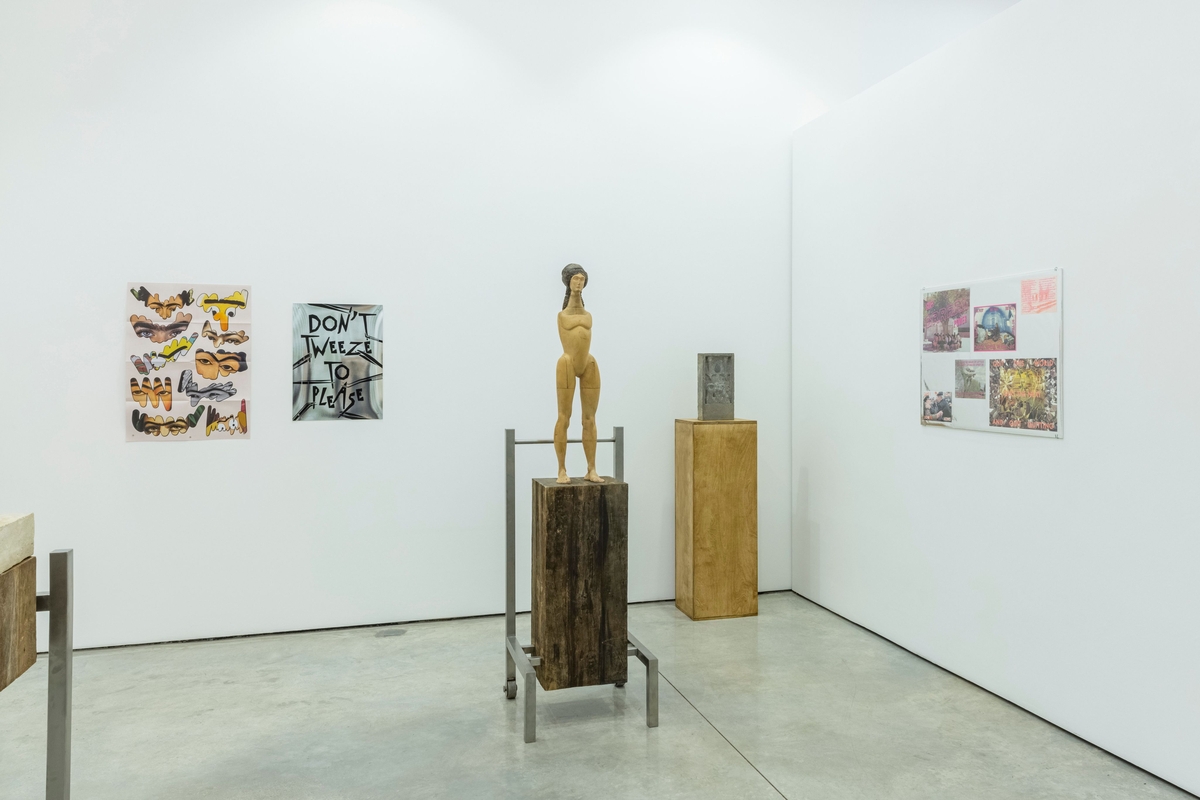 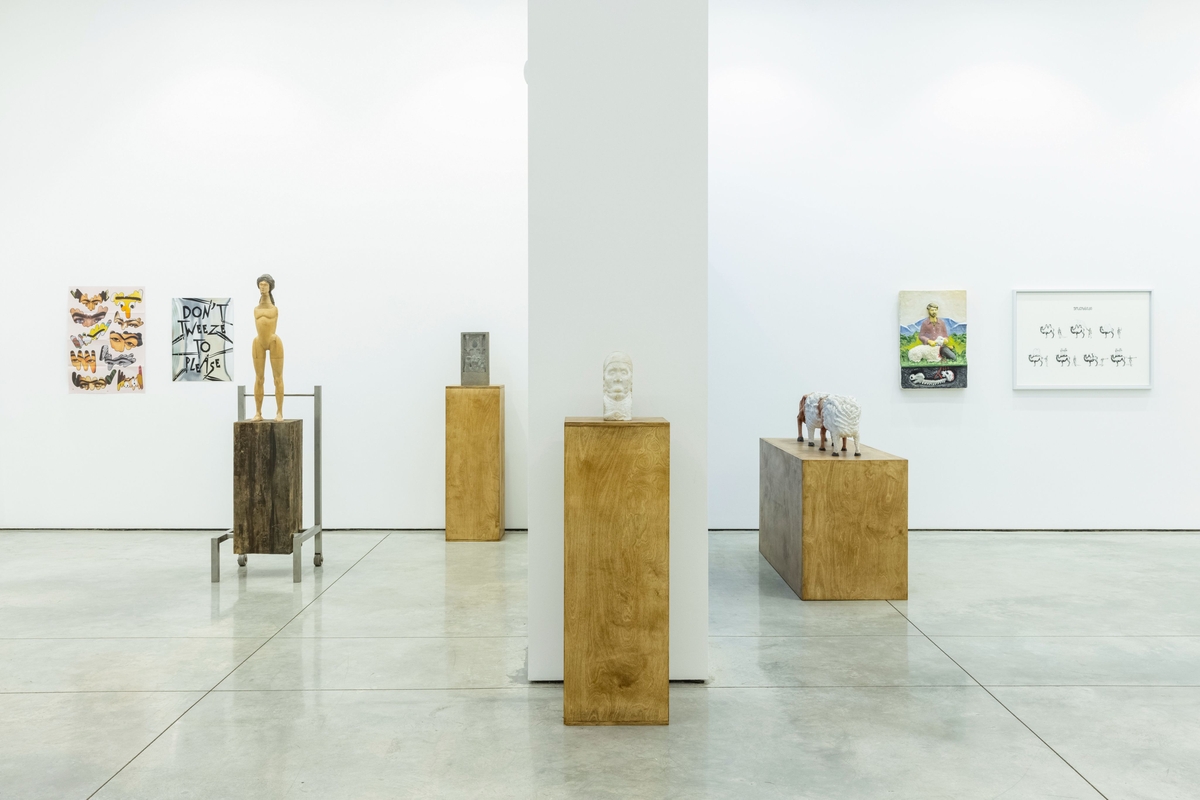 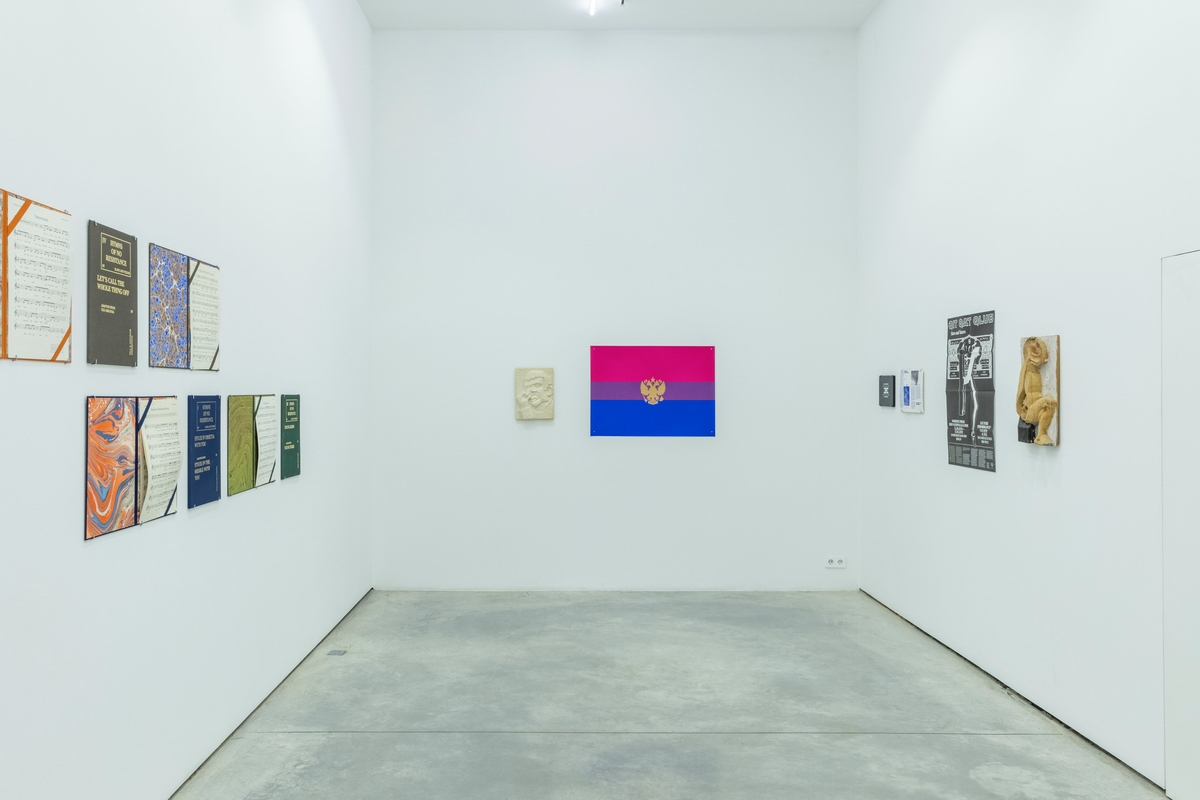 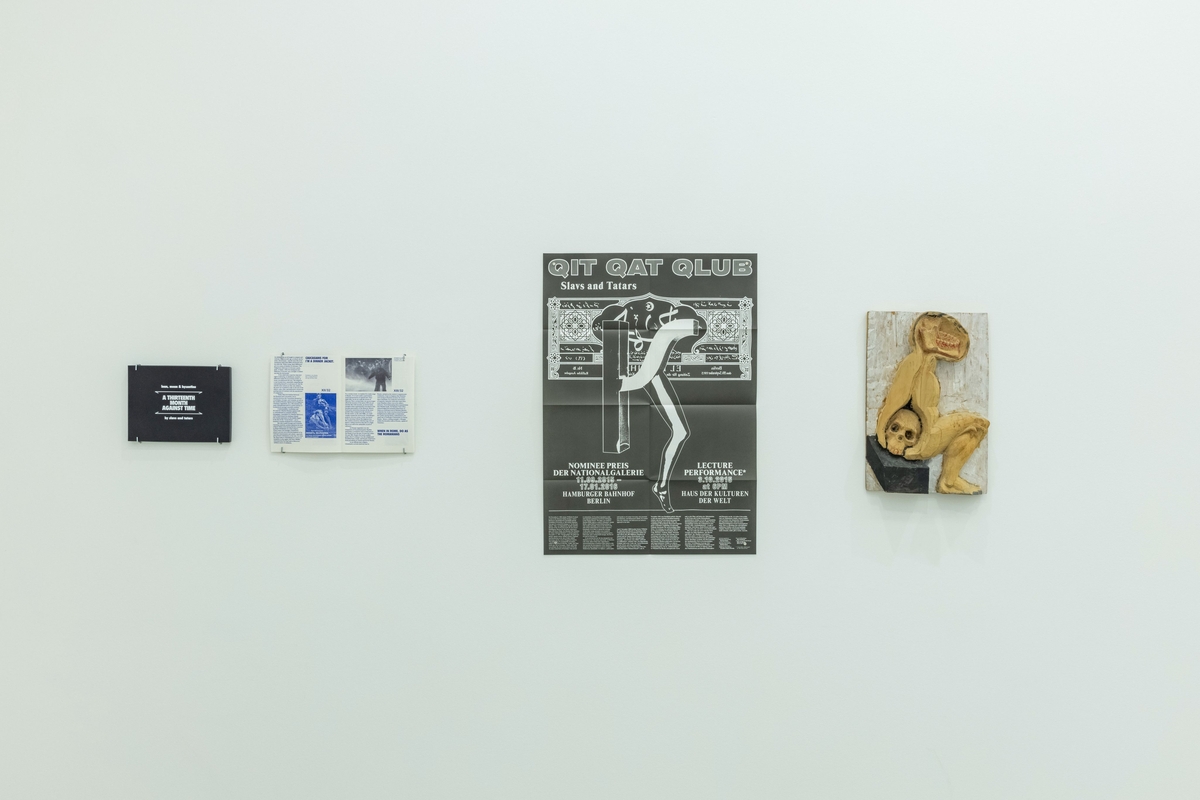 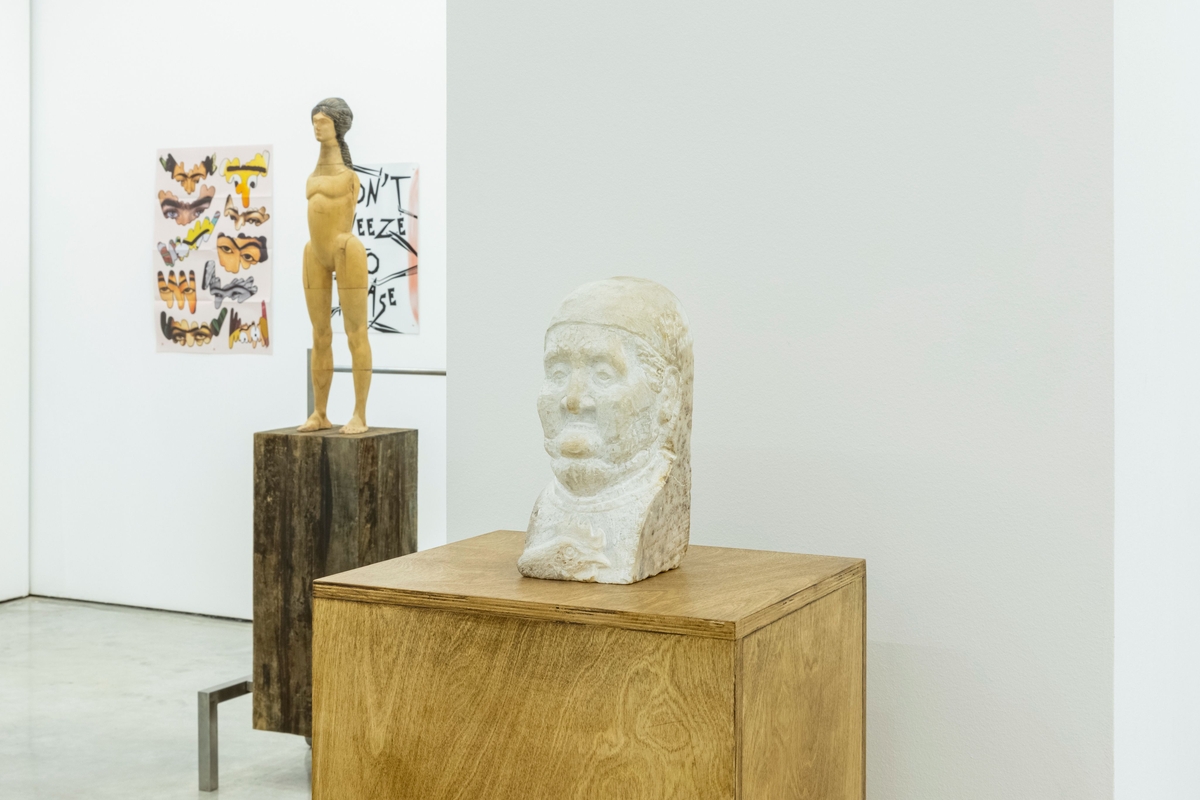 Kunsthalle Tbilisi is proud to present an overview of Slavs and Tatars’ printed matter with works by Giorgi Khaniashvili. Curated by the renowned artist collective, the exhibition at ATINATI’s Cultural Centre exhibition space identifies an uncanny resonance between two artists whose respective media are distinct but who share a biting sense of humor and a rare taste for mash-ups. If Slavs and Tatars’s unity of opposites includes religiosity with unholy humor, pop culture and scholarly research, Khaniasvhili’s juxatpositons stem from the heady mix of old Soviet and relatively new capitalist systems.

Slavs and Tatars’ engagement with Khaniashvili dates to 2019: when the collective curated the Georgian artist’s work for the 33rd Ljubljana Biennial as well as commissioning new work for Warsaw the following year. The exhibition at ATINATI’S shows a cross-section of collective’s printed matter, which has the unique ability to bring together the humour, scientific research and generosity of spirit characteristic of their practice. Central notions such as hospitality and collective reading feature in the exhibition with the inclusion of a riverbed and their extensive publication output.

The interest of Slavs and Tatars for printed matter has remained an important constant over their fifteen-year oeuvre. Posters, flyers, publications, editions and printed objects play a central role in the development of their research practice and often form the basis of a variety of projects that only later take shape in, for example, monumental installations, sculptures, sound-works, lectures, among others.  ''Slavs and Tatars x Giorgi Khaniasvhili'' examines the affective role of bodily organs, the messier underbelly of language, and the sensuality of text across sculptures, reliefs, and editions.

Giorgi Khaniashvili studied painting at the Tbilisi State Academy of Arts. He is most known for his woodcut reliefs and sculptures, later he added clay, metal and concrete as a material. Theme of transformation is a prevalent storytelling line in his work: man transforming into a dog, yogi becoming a fly or magician playing tricks on camel hump. Khaniashvili is an exponent of the contemporary visual culture of “anything goes,” blending myriad images and influences. His artwork has been exhibited in numerous exhibitions, including at the D. Shevardnadze National Gallery (Tbilisi), The Georgian National Film Studio and Popiashvili Gvaberidze Window Project.

Since its inception in 2006, Slavs and Tatars has shown a keen grasp of polemical issues in society, clearing new paths for contemporary discourse via a wholly idiosyncratic form of knowledge production: including popular culture, spiritual and esoteric traditions, oral histories, modern myths, as well as scholarly research. Their work has been the subject of solo exhibitions at institution across the globe, including the Vienna Secession; MoMA New York; Salt, Istanbul; Albertinum Dresden, amongst others.  The collective’s practice is based on three activities: exhibitions, publications, and lecture-performances. The collective has published more than twelve books to date, including most recently The Contest of the Fruits (MIT Press, 2021) and Лук Бук (Look Book) with Distanz, 2022. In addition to launching a residency and mentorship program for young professionals from their region, in 2020 Slavs and Tatars opened Pickle Bar, a slavic aperitivo bar-cum-project space a few doors down from their studio in the Moabit district of Berlin.

The exhibition is supported by the Goethe Institute Georgia.